We've had December 5 circled on our calendar, but we're celebrating it tomorrow with a group beer brewing day. 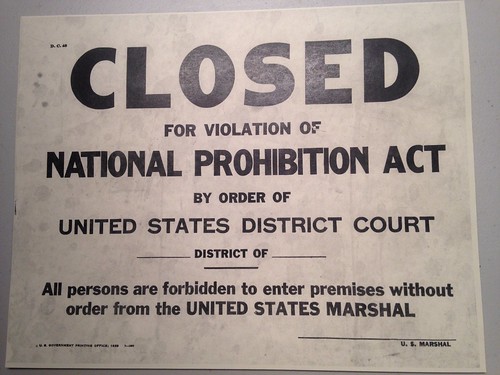 Despite the end of prohibition in 1933, it remained illegal to brew beer at home for decades.

Until 2013, it was illegal to brew beer at home in Alabama and Mississippi.

From the American Homebrewers Association:

On January 16, 1919, the 18th Amendment to the U.S. Constitution was ratified, banning the manufacture, sale and transportation of alcohol (Prohibition), including beer made at home.

The 21st Amendment repealed Prohibition in [December 5,] 1933, however, the repeal's legislation mistakenly left out the legalization of home beer making (home wine making was legalized at that time).

On October 14, 1978, President Jimmy Carter signed H.R. 1337, which contained an amendment sponsored by Senator Alan Cranston (D-CA) creating an exemption from taxation of beer brewed at home for personal or family use. This exemption went into effect on February 1, 1979, making homebrewing legal on a federal level in the U.S.

Although homebrewing is legal on both the federal and state levels in the U.S., the 21st Amendment predominantly leaves regulation of alcohol to the individual states. Thus each states' laws regarding homebrewing vary widely. Some states have very specific laws that outline exactly what can and cannot be done with homebrew, while others are vague. Some states limit consumption of homebrew solely to the residence where it was brewed, while others allow for transportation of homebrew to events such as competitions and club meetings.