Belgian Wit, five-gallon batch, all-grain. We brewed a one-gallon version back in April, and we enjoyed it a lot. This five-gallon batch, however, contained a few tweaks. The recipe comes from the Brooklyn Brew Shop book titled Beer Making Book. Deb's research provided the tweaks.

Deb crushed the coriander seeds and Grains of Paradise seeds before adding them to the boil.

On Mon, Aug 11, 2014, we moved the beer from the primary pale ale bucket into a the secondary glass carboy.

We did this to remove the adjuncts. We tasted some of the beer. It seemed a bit strong with the citrus flavor. Hopefully, it mellows in the secondary now that the adjuncts have been removed. It should mellow some once it has been bottled.

The secondary. Seems dark for a wit when it exists as a large volume. 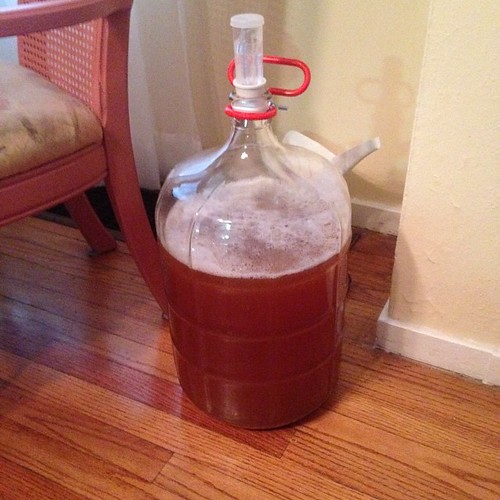 During the transfer from primary to secondary, we tasted some of the beer. It's cloudy like a wit should be. It looks more yellow in the glass, but it still seems darker than a normal wit. Maybe the sugar or the marmalade contributed to the darker color. No big deal if it tastes great. 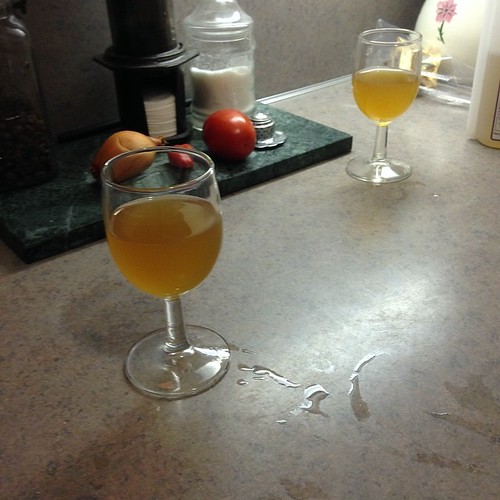 We only managed to fill 40 bottles. We're doing something wrong, amount-wise. We left at least two bottles worth of beer in the secondary because it contained too much sediment.

Because of the lower amount of beer, we used about 3/4 cup of honey for bottling, instead of one cup. 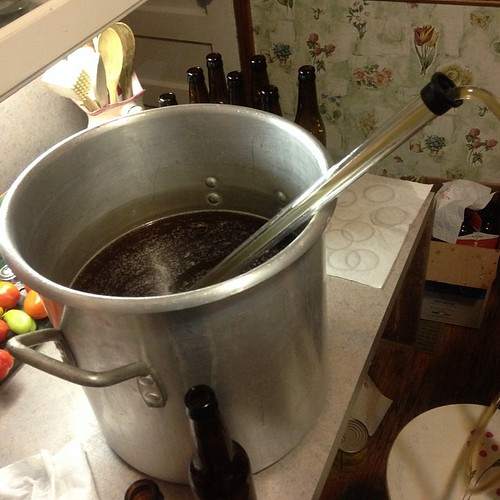 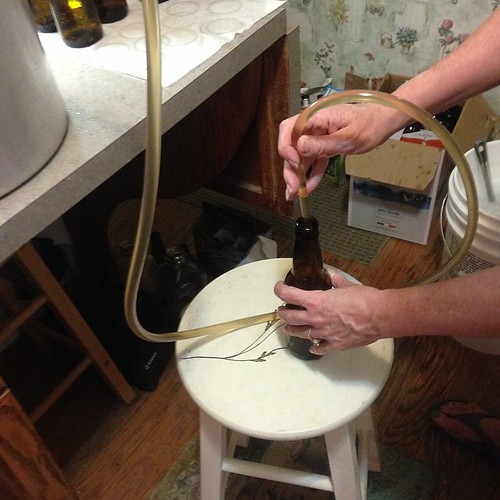 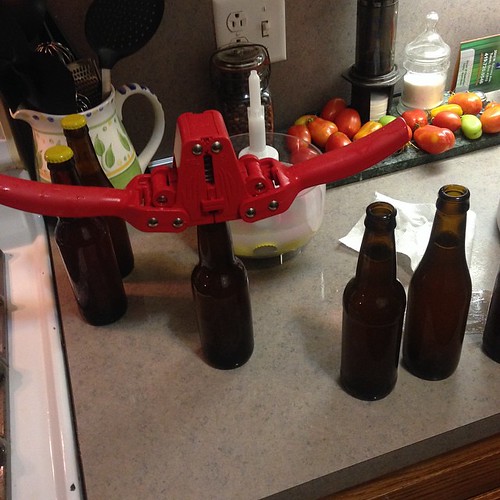 We tasted the first bottle on Sep 1, 2014, and it was unpleasant. I think that it's too strong, alcohol-wise in a bad way, like it's some kind of medicine.

I noticed a little citrus odor, but I did not taste any citrus nor spice flavors.

This is not even close to the one gallon batch version that we brewed in the spring, which turned out well. It's so different that I would have thought they were two different beers.

Maybe additional aging will help, but I don't see how.

The problem is that it tasted off when we moved it from the primary to the secondary, and it tasted off on bottling day, and now it tasted off just shy of two weeks in the bottle. The chances that it will improve with age seem slim.

We were very pleased with our imperial stout at all the same stages, and it has improved with age.

Even if this version of the Belgian wit improves with age, I don't think that we'll keep it around for enough years for it to improve to drinkable status.

We'll try another bottle later this week. We'll give it a few weeks, and then we may need to dump it, so that we can use the bottles.

It tasted better. It must be mellowing out. This could be a good drink in a couple more months.

We decided to dump this entire beer. It still tasted off. And it was over-carbonated. Bad experience.

On the same day, we also dumped our five-gallon batch of the Belgian trippel because it tasted terrible too.